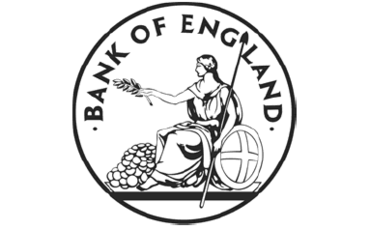 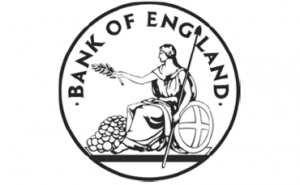 Back in the 1930s, Henry Ford is supposed to have remarked that it was a good thing that most Americans didn’t know how banking really works, because if they did, “there’d be a revolution before tomorrow morning”.

Last week, something remarkable happened. The Bank of England let the cat out of the bag. In a paper called “Money Creation in the Modern Economy“, co-authored by three economists from the Bank’s Monetary Analysis Directorate, they stated outright that most common assumptions of how banking works are simply wrong, and that the kind of populist, heterodox positions more ordinarily associated with groups such as Occupy Wall Street are correct. In doing so, they have effectively thrown the entire theoretical basis for austerity out of the window.

To get a sense of how radical the Bank’s new position is, consider the conventional view, which continues to be the basis of all respectable debate on public policy. People put their money in banks. Banks then lend that money out at interest – either to consumers, or to entrepreneurs willing to invest it in some profitable enterprise. True, the fractional reserve system does allow banks to lend out considerably more than they hold in reserve, and true, if savings don’t suffice, private banks can seek to borrow more from the central bank.

The central bank can print as much money as it wishes. But it is also careful not to print too much. In fact, we are often told this is why independent central banks exist in the first place. If governments could print money themselves, they would surely put out too much of it, and the resulting inflation would throw the economy into chaos. Institutions such as the Bank of England or US Federal Reserve were created to carefully regulate the money supply to prevent inflation. This is why they are forbidden to directly fund the government, say, by buying treasury bonds, but instead fund private economic activity that the government merely taxes.

It’s this understanding that allows us to continue to talk about money as if it were a limited resource like bauxite or petroleum, to say “there’s just not enough money” to fund social programmes, to speak of the immorality of government debt or of public spending “crowding out” the private sector. What the Bank of England admitted this week is that none of this is really true. To quote from its own initial summary: “Rather than banks receiving deposits when households save and then lending them out, bank lending creates deposits” “¦ “In normal times, the central bank does not fix the amount of money in circulation, nor is central bank money ‘multiplied up’ into more loans and deposits.”

In other words, everything we know is not just wrong – it’s backwards. When banks make loans, they create money. This is because money is really just an IOU. The role of the central bank is to preside over a legal order that effectively grants banks the exclusive right to create IOUs of a certain kind, ones that the government will recognise as legal tender by its willingness to accept them in payment of taxes. There’s really no limit on how much banks could create, provided they can find someone willing to borrow it. They will never get caught short, for the simple reason that borrowers do not, generally speaking, take the cash and put it under their mattresses; ultimately, any money a bank loans out will just end up back in some bank again. So for the banking system as a whole, every loan just becomes another deposit. What’s more, insofar as banks do need to acquire funds from the central bank, they can borrow as much as they like; all the latter really does is set the rate of interest, the cost of money, not its quantity. Since the beginning of the recession, the US and British central banks have reduced that cost to almost nothing. In fact, with “quantitative easing” they’ve been effectively pumping as much money as they can into the banks, without producing any inflationary effects.

What this means is that the real limit on the amount of money in circulation is not how much the central bank is willing to lend, but how much government, firms, and ordinary citizens, are willing to borrow. Government spending is the main driver in all this (and the paper does admit, if you read it carefully, that the central bank does fund the government after all). So there’s no question of public spending “crowding out” private investment. It’s exactly the opposite.

Why did the Bank of England suddenly admit all this? Well, one reason is because it’s obviously true. The Bank’s job is to actually run the system, and of late, the system has not been running especially well. It’s possible that it decided that maintaining the fantasy-land version of economics that has proved so convenient to the rich is simply a luxury it can no longer afford.

But politically, this is taking an enormous risk. Just consider what might happen if mortgage holders realised the money the bank lent them is not, really, the life savings of some thrifty pensioner, but something the bank just whisked into existence through its possession of a magic wand which we, the public, handed over to it.

Historically, the Bank of England has tended to be a bellwether, staking out seeming radical positions that ultimately become new orthodoxies. If that’s what’s happening here, we might soon be in a position to learn if Henry Ford was right.

The Most Dangerous Word in Tech

3 thoughts on “The truth is out: money is just an IOU, and the banks are rolling in it”