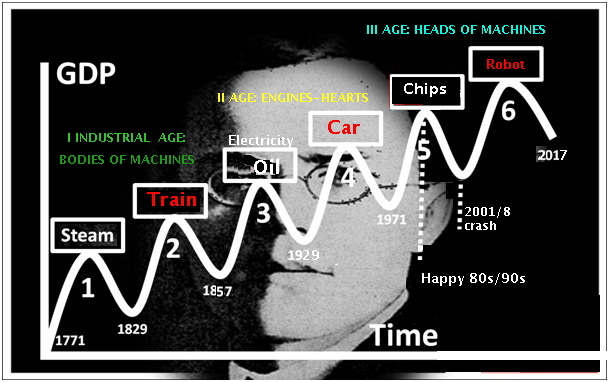 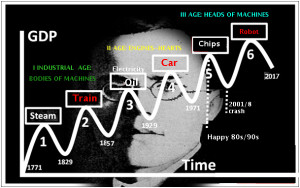 This is an article review of Paul Mason, PostCapitalism. A Guide to Our Future. 1 The book is a complicated one, containing discussions of quite intricate theoretical matters, such as the Russian economist Kondratieff’s theory of long waves in capitalist development. However, in this review, I will concentrate only on what I take to be the central thesis of the book. I will try to state this thesis and the main arguments for it as clearly as I can, and also to add one or two extra considerations of my own – particularly as regards the political consequences of this view. The central thesis of the book is that because of new technologies (the internet and associated developments), capitalism is in decline and is likely to be replaced within a few decades by an entirely new socio-economic system – PostCapitalism. As Paul Mason himself says (p. xiii):

“”¦the technologies we’ve created are not compatible with capitalism “¦ Once capitalism can no longer adapt to technological change, PostCapitalism becomes necessary… That, in short, is the argument of this book: that capitalism is a complex, adaptive system which has reached the limits of its capacity to adapt.”