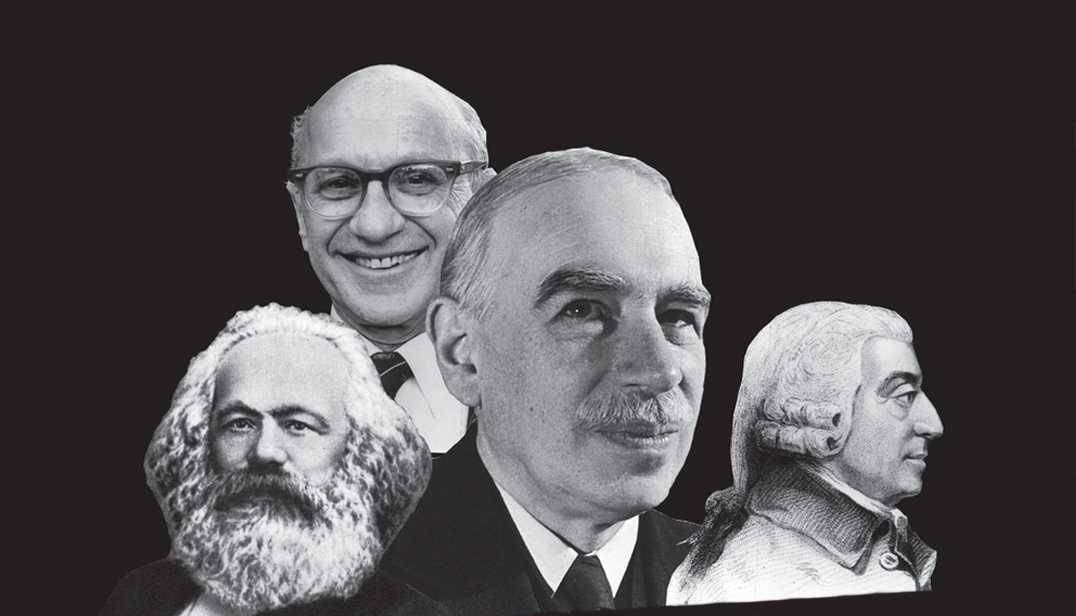 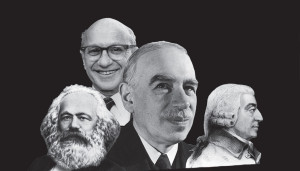 A forgotten episode in the discpline’s history reveals how diversity was killed in economics.

The economic crisis has supposedly started a soul-searching process in the economics profession. Five years into the crisis and economists still offer more of the same in response. “Create new bubbles.” “Cut red-tape.” “Liberalize finance in the rest of the world.” Why do economists keep getting it so wrong?

Innovation feeds on diversity, but diversity is scarce in economics.

A little-remembered episode in the history of the discipline, told by Tiago Mata in his dissertation at LSE, reveals how diversity was killed in economics. Back in 1968, a group of young radical economists, the product of the campus unrest of the 60s and the anti-war movement, came to rock the discipline. Organized by the Union for Radical Political Economics, they called for a politicization of economics, accusing fellow economists of ignoring the important questions and being “instrumental to the elite’s attainment of its unjust ends.” They rejected the “marginalist approach,” today’s mantra in economics, for accepting the basic institutions of capitalism, and catering to improve only its administration “¦ marginally.

The front-guard of the group was at Harvard, where non-tenured faculty Arthur MacEwan, Samuel Bowles, Herbert Gintis and Thomas Weisskopf taught a course tellingly named “The capitalist system: conflict and power.” Older Harvard faculty found the course a disgrace. But these were still the 60s and economics was not yet economics. Harvard-based John Kenneth Galbraith, a non-conventional political economist, and a notable ally of the young radicals, was President of the American Economic Association. Galbraith was wary of economics becoming a system of belief and used his presidential address in 1972 to support this “new and notably articulate generation of economists” that was coming to ask politically-important questions. Not everyone agreed.

A campaign ensued the next few years to eradicate the young radicals from top positions. Contract after contract and tenure after tenure were denied, including to the Harvard four.

Among them, the most notable case was that of Sam Bowles, one of the brightest economists of his generation, as confirmed by his later work. His tenure candidacy was rejected by a nineteen to five vote in 1973. He had received the support of the most prominent members of the department, J.K. Galbraith, and Nobel-prize winners Wassily Leontief and (yet to be) Kenneth Arrow. Albert Hirschman was one of the other two who voted in his favor, as recounted by his biographer in a talk in memoriam I recently attended in Boston and which brought the whole Harvard affair to my attention.

Hirschman, a moderate economist, left Harvard bitter in 1974 for Princeton and so did Leontief for NYU in 1975, after serving Harvard for 30 years, and mentoring such conservative heavyweights like Paul Samuelson and Robert Solow. Galbraith retired in 1975 after half a century at Harvard and Arrow departed for the West Coast. Bowles’ denial of tenure and the departure of Leontief, Galbraith, Hirschmann and Arrow brought an end to the notorious Harvard faculty battles between moderates and conservatives, not only over tenures but also University governance and student occupations, battles that had brought the department to a stalemate in the early 70s.

The young radicals did not have the luck of their more established elder supporters. They were relegated to universities of lesser prestige, radical refuges such as the New School in New York and UMass at Amherst. UMass offered Bowles the opportunity to set up an institute and host other ousted young radicals from Harvard, Yale and beyond, such as Marxists Stephen Resnick and Richard Wolff.

The American Economic Association judged that there was no political motivation behind the purge of the radicals, other than in cases where the FBI was found to be involved. The rationale, however, often used in many faculty decisions to deny the quality of the radicals’ research was that it was “political” and not scientific enough. Science and objectivity in economics came to be defined through these tenure battles not only as mathematical formalism (in this people like Bowles and Gintis excelled), but as one of a particular kind, based on the so-called “neo-classical” assumptions of a world consisting of selfish individuals maximizing their personal gain. This pre-analytic vision of a world of neo-liberal subjects was considered neutral, but deviations from it ideologically-motivated.

Neutrality was defended by Milton Friedman’s dictum, that even if the assumptions were wrong, what mattered was empirical verification of the derived propositions (of course this did not apply for those who made too radical assumptions). But as the higher echelons of the discipline and its prestigious journals were cleansed of radicals, disturbing questions and propositions were left untested. Few radicals were around to verify the thousands of studies that hammered neo-liberal propositions, dressed-up in obfuscated math, impossible to be penetrated by the uninitiated. While economics got dominated by neo-liberal ideas (the farthest to the left coming out in the top journals of the discipline today is to the right of the Democratic Party) dissenters ended up founding heterodox schools of lesser influence, or move to other disciplines, like geography. No doubt, ex-establishment figures like Paul Krugman or Joseph Stiglitz do speak vocally about rising inequalities and the pitfalls of unfettered capitalism.

Yet this is too little too late. They hardly researched such stuff in their active careers and their popular books go unnoticed by the discipline or the teaching curricula. Younger economists are in no position to make similar claims in their home departments “¦ “¨at least not before they get a Nobel prize, too.

Next time young students of economics walk out of their classrooms, they could remind their professors of the Harvard story: what is taught in economics today is not the result of a noble struggle of ideas, but of political power and force. It should be no surprise that the discipline is so monolithic and resistant to change.

Economics has become the secular equivalent of religion. It includes an entangled network of scriptures (textbooks), disciples (students) and preachers (professors), trained to believe without questioning the supremacy of the free market and devotedly working to prove it in each and every context, defending it against non-believers. Like the Church and the priests before them, establishment economists will not change on their own. They can only become obsolete, relics of the past, as the world around them changes. And fortunately this seems to be happening sooner rather than later.

Giorgos is a professor of ecological economics in Barcelona and coordinator of the European network for political ecology. This article draws from Tiago Mata’s “Harvard, Radical economists and the Committee on Political Discrimination” published in Science in Context (2009).